Sailing with the Fayón historical Llaüt 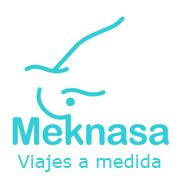 If you want to enjoy the Matarraña and Ebro rivers, guided excursions with llaüt are offered every Sunday between June and September (variable season) with departures at 11 am from the jetty of La Reixaga and also from PortMassaluca Camping.

The llaüt was a wooden boat typical from the lower part of the Ebro river that was used to transport goods. The history of Fayón is closely linked to this type of ships, which served to carry the coal that was extracted from the mines located between this municipality and Mequinenza moving them to the train station of Fayón and also to the end part of the Ebro river, near Tortosa and Amposta.

Those vessels were operated by sail or rowing and could load up to 40 tons. They sailed down the river loaded with coal and, they use to return bringing products from the lower part of the river, such as rice. The way back used to be more laborious, since the current was against them. If the wind did not blow in favor, the so-called "tow roads" were used, which were roads built on the sides of the river where people or animals (donkeys, mules, bulls or draft horses) pulled the boat through a rope.

One of the famous llaüts of the area was recovered in Fayón: the Cardinal. Anyway, in order to offer the llaüt tours sailing on the same areas, there are two new motor boats.

How can I enjoy it?

If you want to enjoy a visit through a unique natural area, contact us or the tourist office of Fayón. Reserve your place, they are limited!

1 - TICKET TRIP: Each tourist buys the ticket to make the guided route with the llaüt. The ticket is paid the same day of the activity but it is necessary to book it in advance. The price per person is 8€, and children under 3 years do not pay.

2 - PERSONALIZED TRIP: Private use of the llaüt, with the captain and the guide included. The maximum capacity of the llaüt are 24 people. The route can be customized if request, but for the usual route, the price of the trip will be 250€, and if you are less than 12 people, 200€. It must be done with prior reservation, and if you want a different route a custom budget will be prepared.